Host to archery and fire festivals

Much of the bustle of the Mt Aso area is centered around Aso station or the smoking crater of volcanic Mt Aso itself. Many visitors who travel to the region by train or bus rarely venture to the "other side of town", where the main shopping street of Aso town is capped off by the serene grounds of the Aso Shrine.

Aso Shrine is probably the most noted Shinto shrine in Kumamoto prefecture. Recognized as a place of worship as far back as the 600s, the shrine today is a mainstay for the local community, many of whom come to appeal to the local deity for safe travel (particularly on the road). The shrine itself is noted for having one of the three largest entrance gates in Japan - the Romon Gate, which stands a significant two storeys high.

In autumn, the grounds come alive in the colorful display of golden gingko leaves and the occasional maple. Throughout the year, however, the most famous tree on the grounds is a pine tree said to bestow upon those who touch it good fortune in their marriage.

Several notable festivals are held here throughout the year, including yabusame (archery on horseback) and a colorful 7-5-3 celebration (to honor 7, 5 and 3 year old on the 15th of November). Perhaps one that all visitors should try to include on their calendar, however, is the hifuri shinji, or Aso Fire Festival. Had at some point in mid-late March (the date changes every year; call the Aso station tourist office starting around February for more information), this nighttime festival is just one of the many fire-related events in the Aso area every spring. Involving the swinging of large bales of hay that have been set on fire, the event supposedly is designed to beseech the gods for a productive harvest. While an impressive site when the event's coordinators are starting things up, it does become a bit of a risky free-for-all when the audience is allowed out of the bleachers to try own hand!

Aso Shrine can be reached by bus from the main Aso station, or by taking the local train line JR Hoji) to Miyaji station and walking 10 minutes to the north. There is also a parking lot available in front of the shrine. 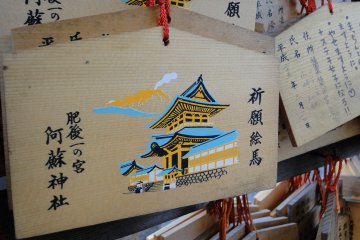 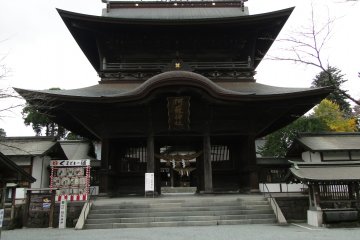 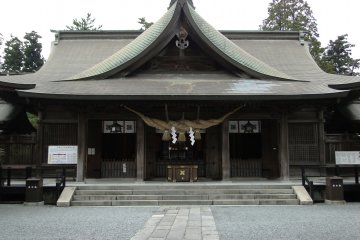 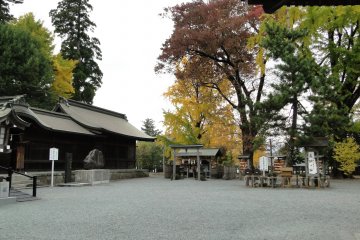