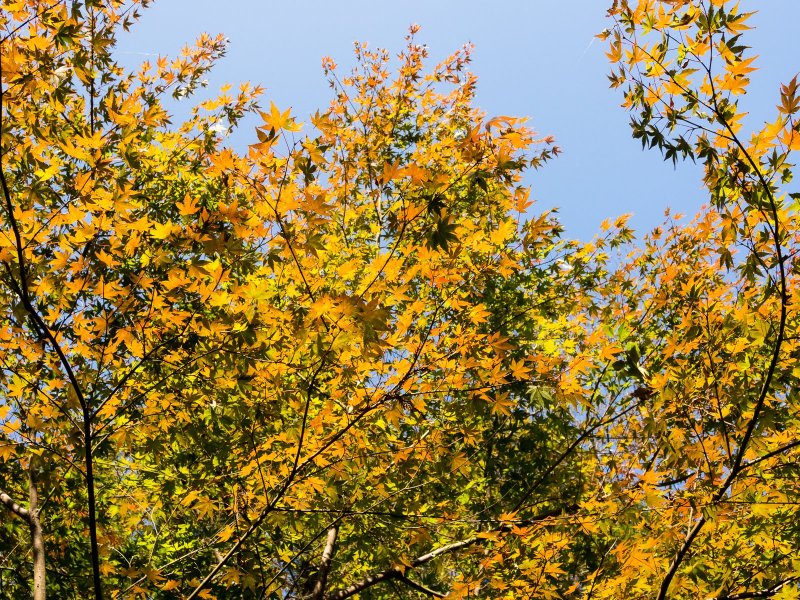 One of the famous fresh water springs of Japan

Autumn is in the air; the maple trees are starting to change color 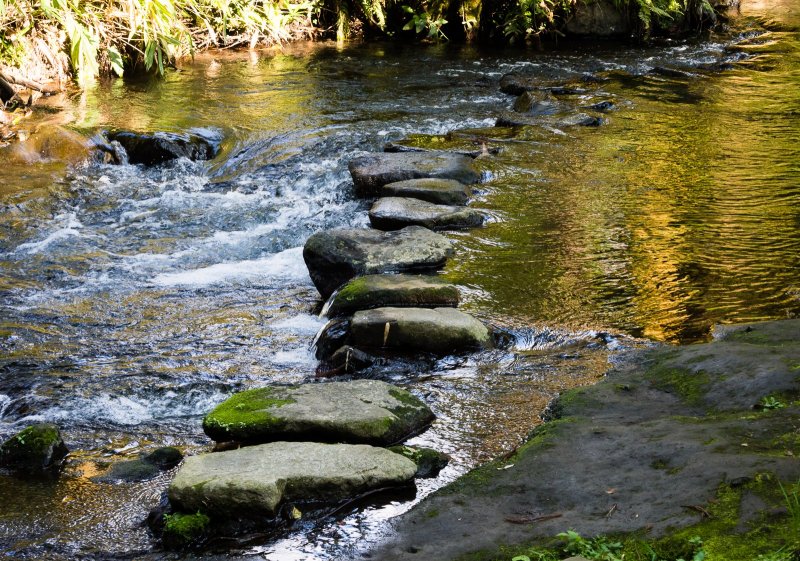 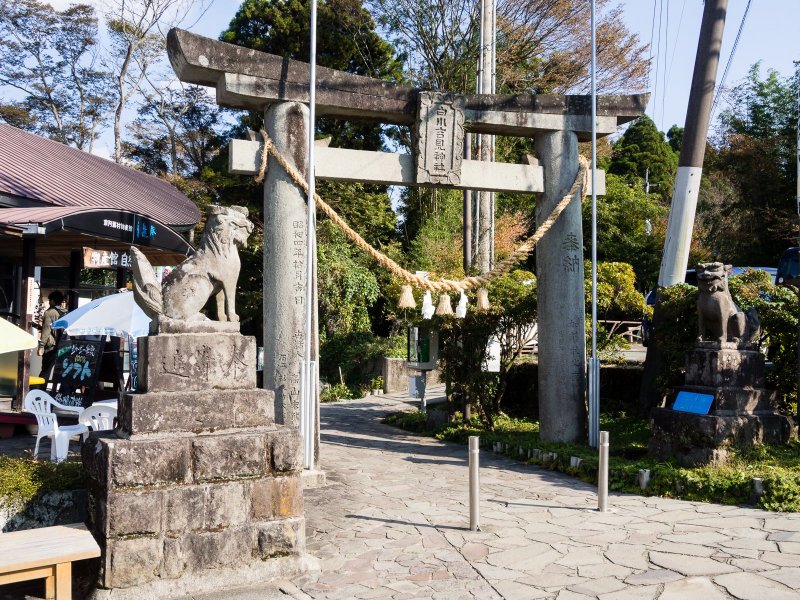 To get to the spring, you first pass under these torii gates 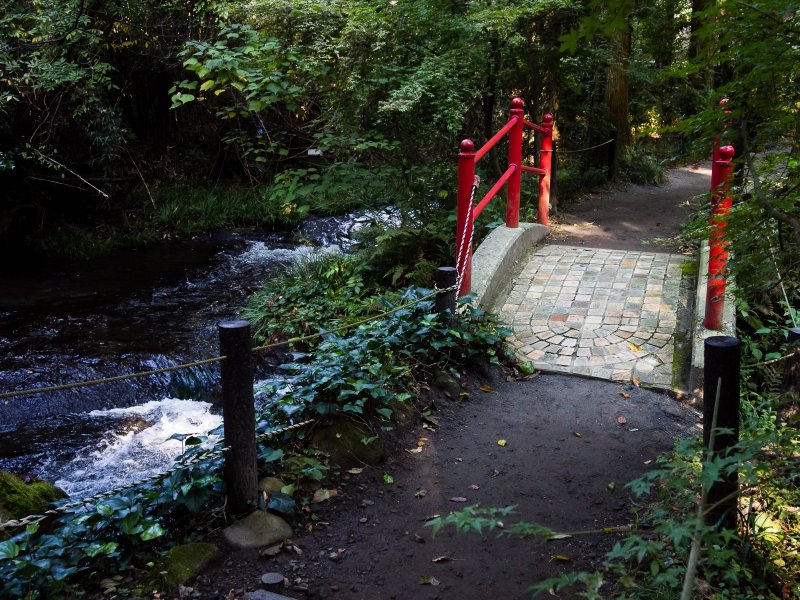 Then you take a short walk through the forest 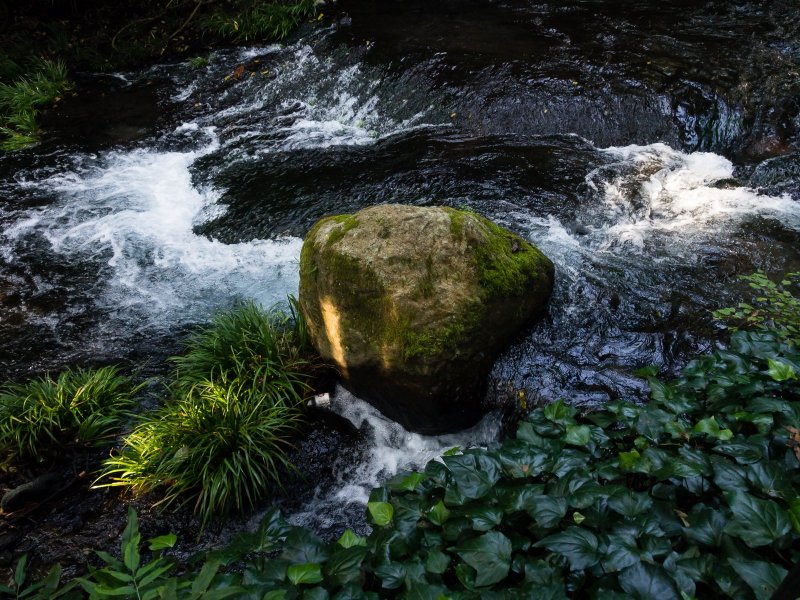 It's dark under the lush canopy, with just a few rays of sunlight getting through 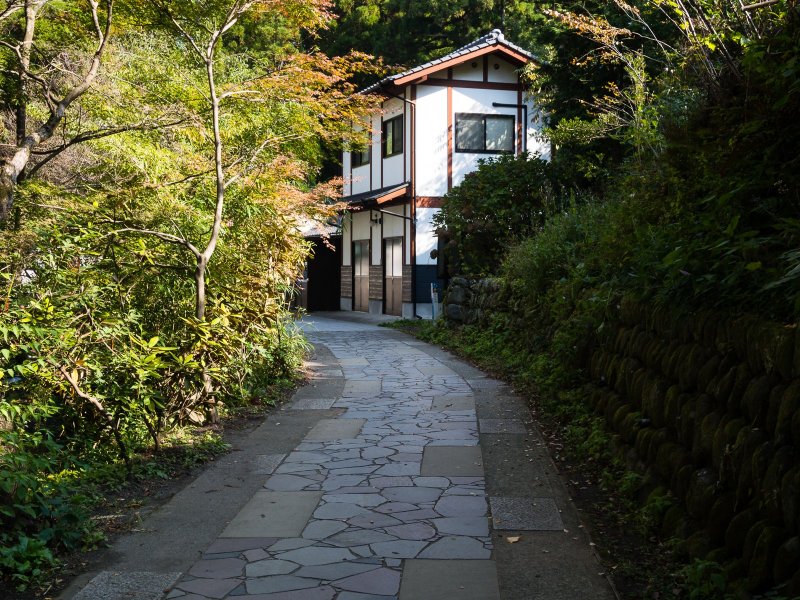 Closer to the spring, the path becomes paved again 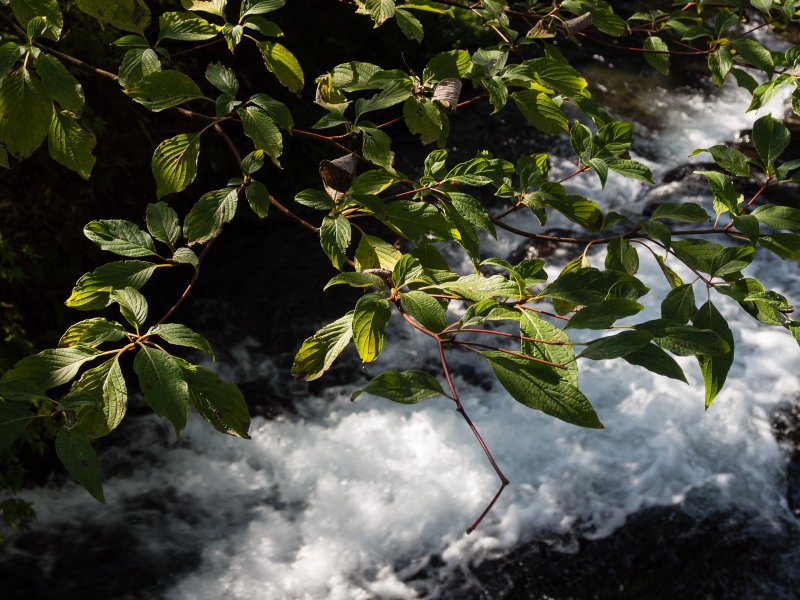 But still everything is mostly green 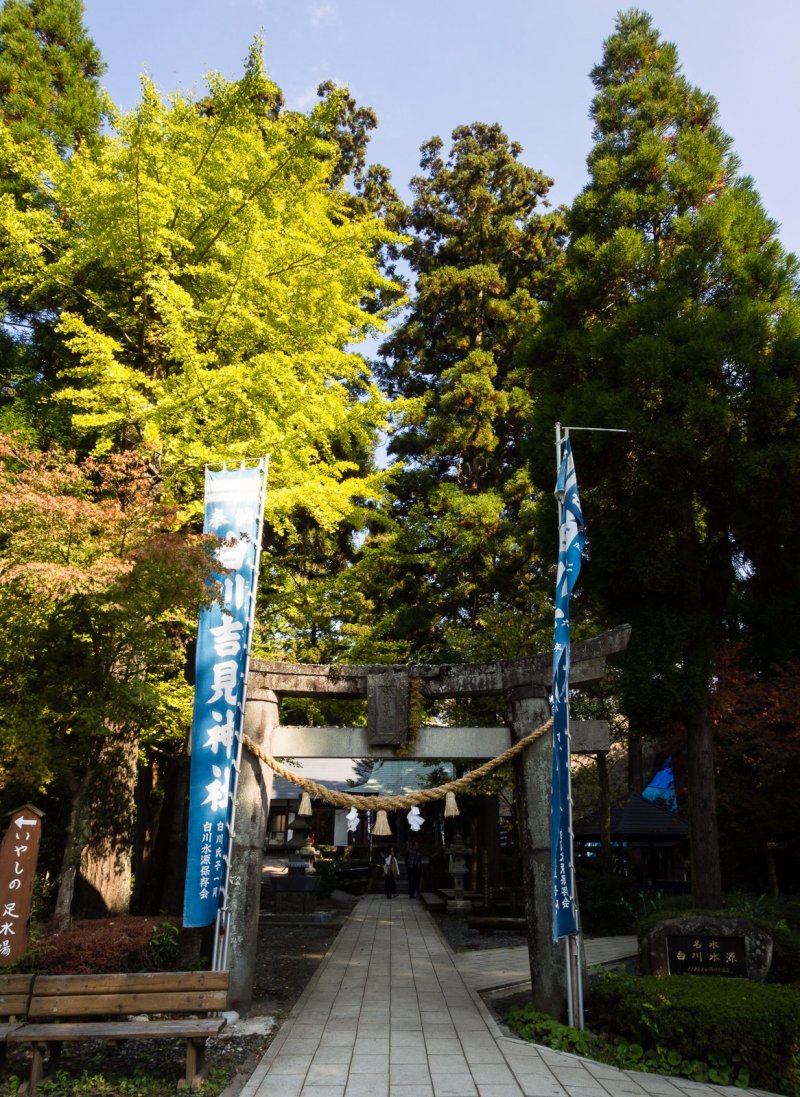 At the end of the path, right next to the spring you see another torii, that of Shirakawa Yoshimi Shrine. 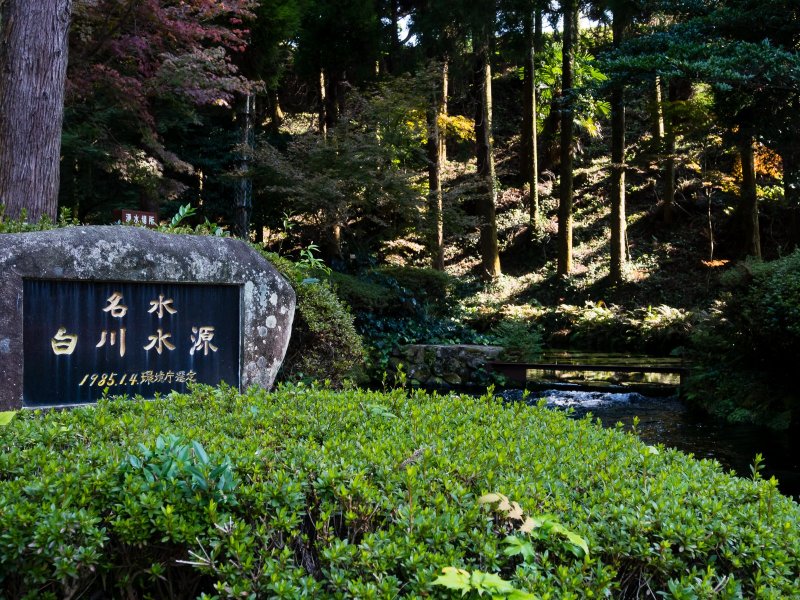 The famous spring is marked by memorial stone 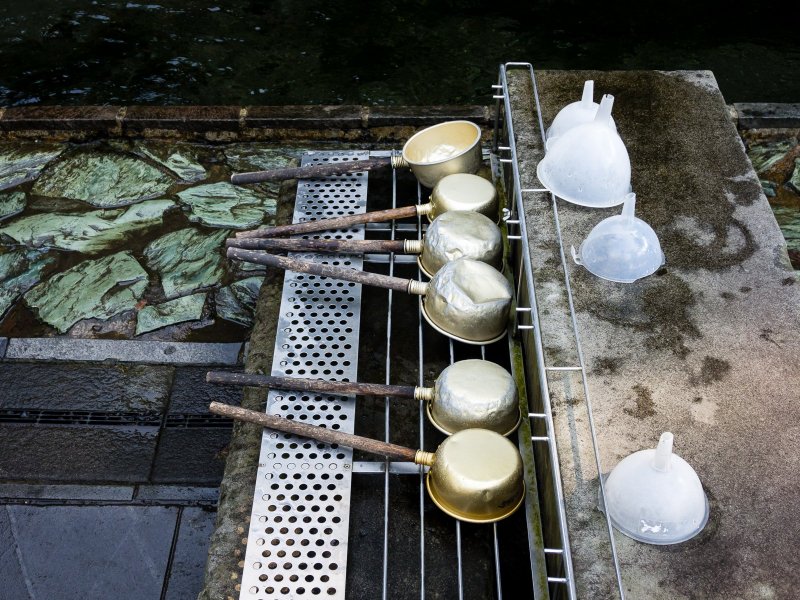 People can fill their bottles with spring water here 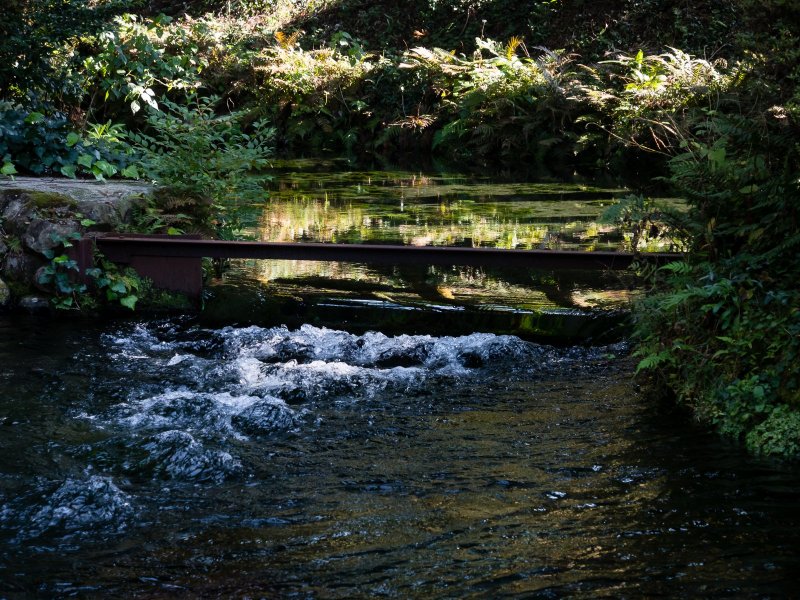 Many people just come and drink it; I took a little sip myself 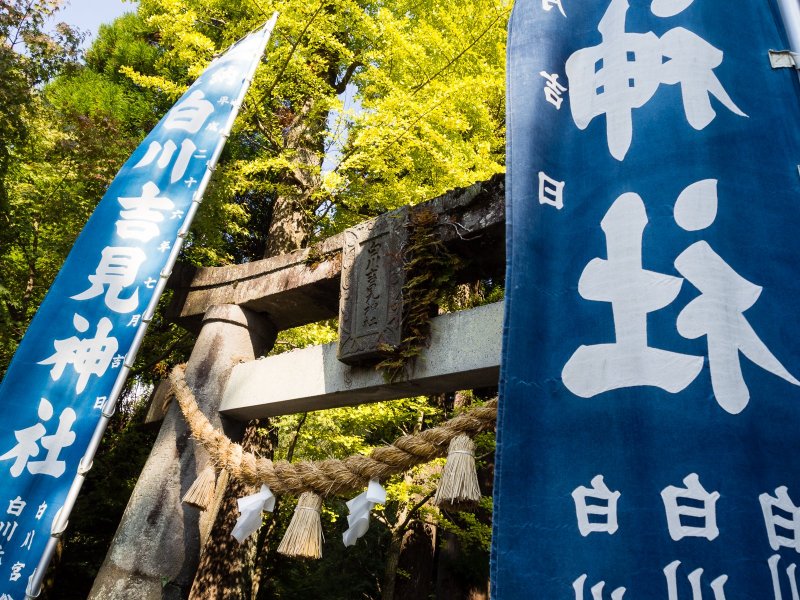 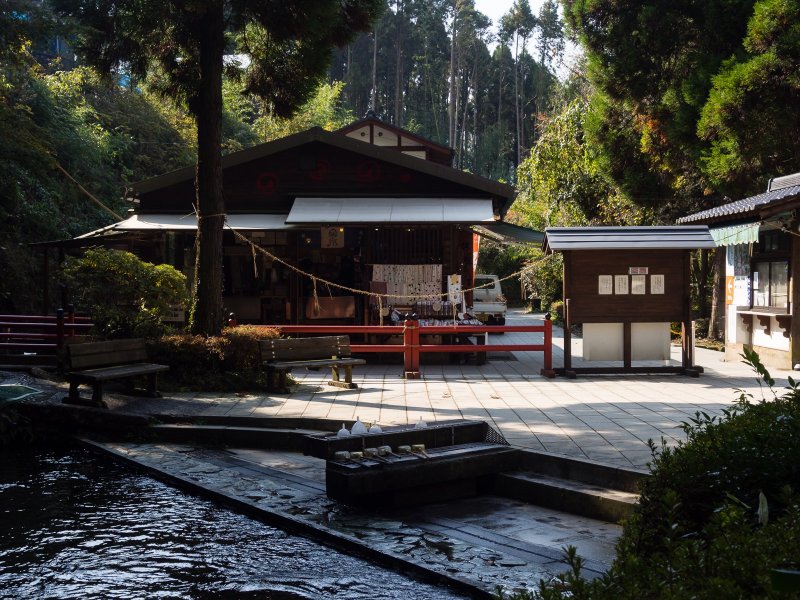 This is where I just came from; now it's time to go back following the same path 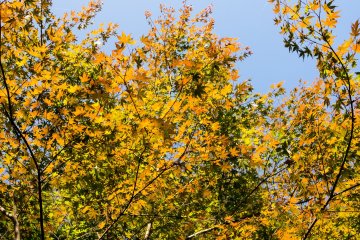 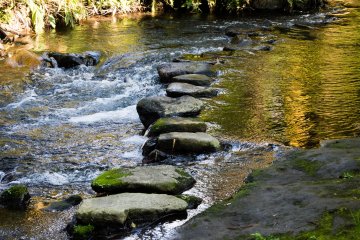 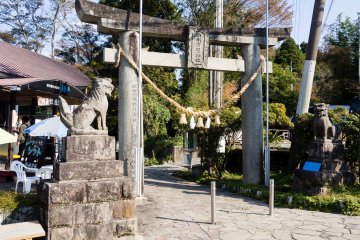 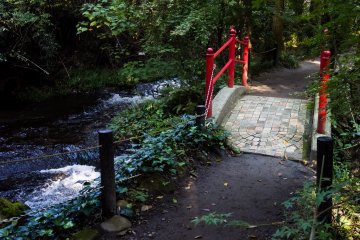 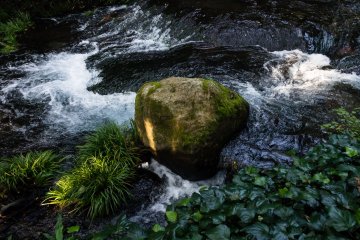 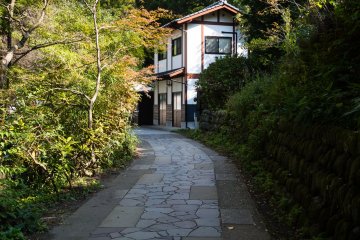 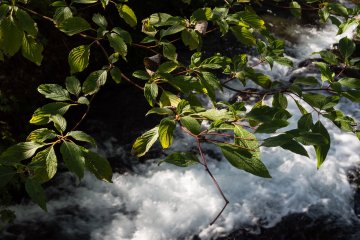 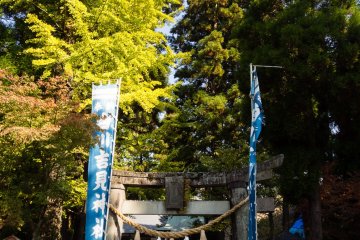 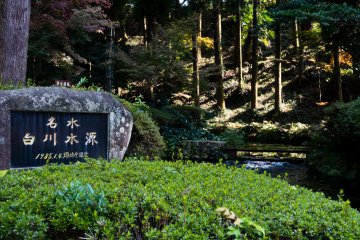 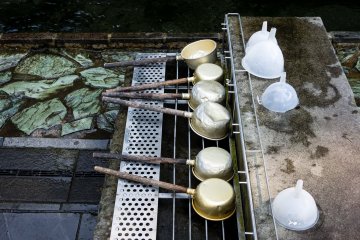 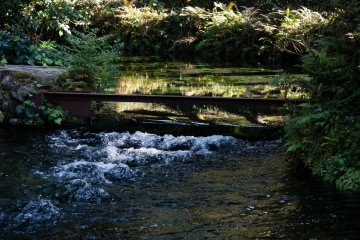 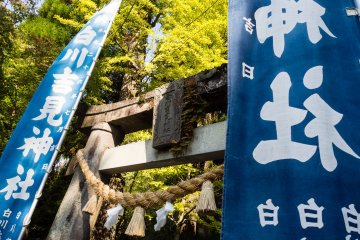 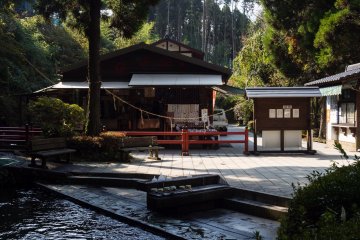 The first steps to Shirakawa Suigen, or the fountainhead of the Shira River, start in an uninspiring parking lot in equally uninspiring surroundings. But after you walk under the stone torii gate you soon find yourself in the middle of a forest with birds chirping and quick stream running alongside the path.

A short walk takes you to the source of the stream, the Shirakawa fountainhead. Here, the surprising amount of water (60 tons per minute, they say) gushes out of the ground forming a pond. The pond becomes a creek, the creek later becomes the Shirakawa that runs through central Kumamoto City.

There’s an area where you can fill up your bottles, a souvenir shop and also a shrine nearby, called Shirakawa Yoshimi.

The visit to Shirakawa Suigen probably won’t take more than 30 minutes, but it makes for a nice quick stop in the Minami Aso area. This time I drove, but it’s easily accessible by public transit.

A short walk from Minamiaso Shirakawasuigen Station on the Takamori railway line.

My name is Ekaterina and I enjoy looking at the world through my camera’s viewfinder. I travel a lot and capture what I find beautiful – in nature, culture, people. Japan is a place I have a special connection with – I’ve spent 7 years living in Tokyo and I’ve travelled across the country extens...