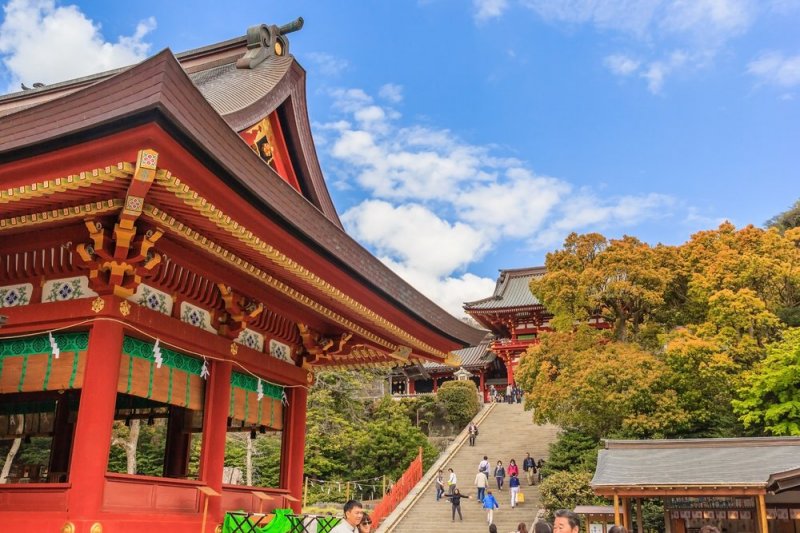 Kenchō-ji is a Rinzai Zen temple in Kamakura, Kanagawa Prefecture, Japan, which ranks first among Kamakura's so-called Five Great Zen Temples and is the oldest Zen training monastery in Japan. These temples were at the top of the Five Mountain System, a network of Zen temples started by the Hōjō Regents. Wikipedia

Myōhon-ji is one of the oldest Nichiren sect temples in Kamakura, Kanagawa. Its official name is Chōkō-zan Myōhon-ji. "Chōkō" comes from the posthumous name of Nichiren's father and "Myōhon" from his mother's. [Wikipedia]

Hongakuji Temple (本覚寺) is dedicated to Ebisu, part of the Kamakura seven deities of good luck. The temple was founded by Ashikaga Mochiuji in 1436.