Tokushima: Top 10 Things to Do

Tokushima Prefecture lies on the eastern part of Shikoku, the smallest of Japan’s four main islands. While it is decidedly “off the beaten track”, travelers that do venture to the sprawling prefecture will find no shortage of things to see, do, eat or experience. For those seeking a taste of “true Japan”, it can be found in Tokushima.

Here are the top 10 things to do in Tokushima, in no particular order:

Join Japan’s largest street party in Tokushima as over a million people take to the streets every August to dance the Awa Odori. The festival, which dates back over 400 years, rivals Brazil’s Carnival in its enthusiasm and welcomes any and all to participate. If visitors come outside the festival dates of August 12-15, the Awaodori Kaikan Museum provides a hands-on experience of the prefecture’s most popular event.

In the strait of Naruto, which cuts between mainland Shikoku and the island of Awaji, a series of large and small whirlpools create a violently swirling seascape. This area is marked as one of the three fastest tidal seascapes in the world, and has even been captured in old Japanese woodblock prints. Sightseeing boats provide close-up views of the whirlpools, which are best observed in the hour before high and low tide, as well as in spring, autumn and during a full moon.

Long ago, the only ways to link the various pathways of Tokushima’s isolated Iya Valley were by swinging vine bridges. Today, only a few structures remain, the most noted being the Kazurabashi (vine bridge) a short distance from Oboke gorge. Test your nerve by crossing the 45-meter long bridge, where the spaces between the slats look down on the rushing river below.

The 88 Temple Pilgrimage is a 1400-kilometer route that traces the circumference of the island of Shikoku. The first two dozen temples are located in Tokushima, making it a popular starting point for pilgrims looking to complete the circuit. Ryozen-ji is temple number one and claims a history dating back to the 8th century. It’s the perfect place to meet henro (pilgrims) who flock to the temple to buy the walking sticks, hats and white robes typically used during their journey.

Deep in the Iya Valley sits the terraced village of Ochiai, its century-old farmhouses clinging to the mountainside. The hamlet, which has an elevation range of 390 meters from its base to the top-most structure, was settled in the late Edo Period. Today, Ochiai is home to a thatched rental known lyrically as House of the Flute (Chiiori in Japanese), restored and managed by well-known author and Japanologist Alex Kerr.

Indigo dyeing is one of Tokushima’s most well-known traditional crafts and the culture of aizomi is kept alive at Ai-no-Yakata, a hands-on craft museum in Aizumi. Housed in the former mansion of an indigo merchant, the museum details the history of the craft in the region as well as the complicated process to produce the beautiful blue-tinged products. Visitors can try their hand at dyeing their own piece of cloth as well.

Cutting through the sheer cliffs of the western reaches of the Iya Valley, the Oboke Gorge is a place of renowned scenic beauty. The unique crystalline schist formations can be observed from either the roads that hug the top of the gorge or from a leisurely cruise on the Yoshino River. In spring, cherry blossoms brighten the scenery while autumn sees the surrounding mountains covered in tints of red and gold.

Daily performances of Awa ningyo, a type of puppetry designated as an intangible folk cultural heritage, can be witnessed at the Awa Jurobe mansion, the former home of a Tokushima samurai who sacrificed himself to preserve his master’s honor. The nearby museum details the construction and decoration of these life-sized puppets, and also displays tools used in their creation.

With deep V-shaped valleys and crystalline rivers cutting through towering cliffs, Tokushima’s Iya Valley more than deserves its status as a national natural monument. Along the top of the bluffs, many protrusions provide viewpoints over the stunning scenery. The most well-known stop sits just beyond the Hotel Iya Onsen, where a statue identical to Belgium’s Mannekin Pis perches on the edge of a jutting rock. The statue allegedly represents the bravery of local children who once challenged each other to urinate from the cliff’s edge to prove their mettle.

Tokushima has no shortage of excellent food, but the meats raised in the prefecture are a cut above. Awa cattle, a breed of black cattle, is consistently ranked as Class A or B and must rate over Grade 4 in quality. Local Awa pork has been carefully bred over generations to ensure a supreme taste from its marbled, soft meat. Awa chicken (oniwatori), noted for its reddish streaks, combines a low-fat content with high levels of umami (rich taste) to make for a succulent selection. Ground chicken from Tokushima is highly sought after around Japan.

Tokushima can be reached by a variety of means of transportation. Trains from Okayama (just west of Osaka) link Tokushima to the main island of Honshu while two major expressways link the Kobe and Okayama areas. Tokushima can also be reached by ferry from Wakayama Port. For visitors arriving by air, Tokushima Prefecture offers two convenient airports, Tokushima Awaodori airport in Tokushima City and Takamatsu Airport in Takamatsu City. 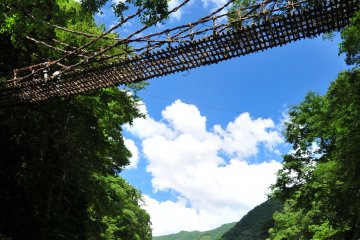 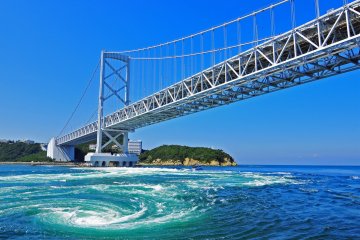 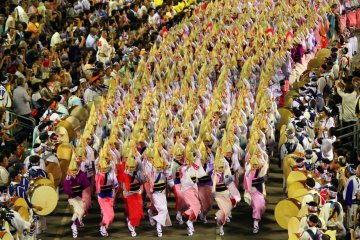 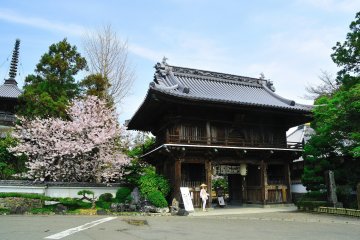 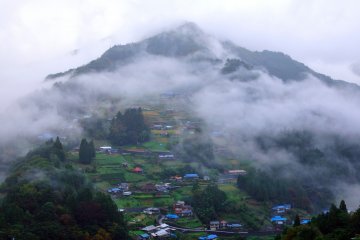 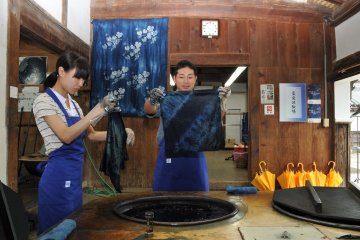 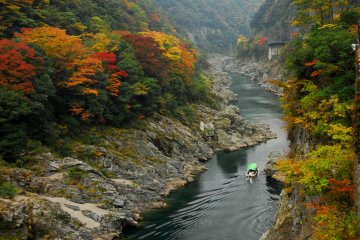 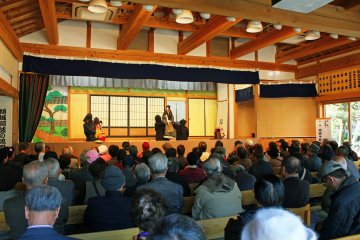 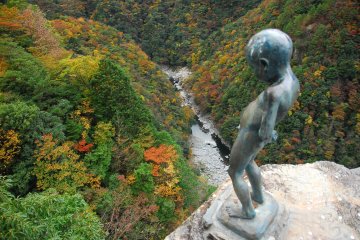 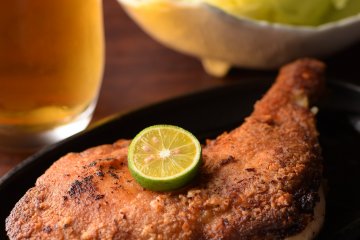 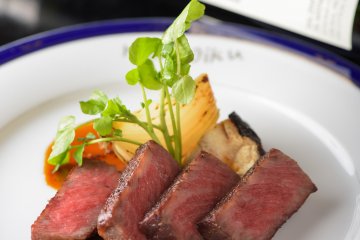