The bullet train is a great way to travel, beyond question, whisking you smoothly from center to center in just a few hours. However, some journeys can be too long, too remote or even too expensive, and this is where Skymark come in. The biggest of Japan's budget airlines (or low-cost carriers as they're known here), they offer very competitively priced flights to a range of destinations around the country.

Routes and schedules change with season and demand, so the best way to see what's available is to check the comprehensive English website. Some cities are fixtures on the route map, however: there are a lot of flights all around the country from Tokyo's Haneda Airport, and Kobe is also a hub for a good number of routes, especially to cities in Kyushu such as Kagoshima and Fukuoka. One popular destination is Okinawa, with plenty of flights to the capital Naha in summer, and there are also flights to Sapporo in Hokkaido.

Fares vary with a number of factors - the route, the departure flight time, how far in advance you book. Very roughly, you can expect to pay between ¥12,000 and ¥17,000 for a one-way flight between major cities, though there are some real bargains to be had; I once flew from Naha to Kobe for just ¥6000 and, by getting in early, from Haneda to Naha for ¥10,000.

For a lot of flights there are a very limited number of 'Web Bargain' seats for sale; these become available online at 9:30am two months before the flight date, and there are definitely people across Japan sitting at their computers with their fingers poised over their keyboards. I've missed out by seconds.

One thing I like about Skymark is that it's possible to book online, but pay cash! Choose the 'Convenience Store' payment option and you'll get a confirmation email with instructions on how to pay at your chosen store. Then at the store you'll be given a stamped, bar-coded receipt. This you use at the self check-in machines at the airport, which allow you to choose your seat, then give you a printed boarding pass and tags for any checked baggage you have.

Cheap, convenient, and all in English, Skymark is a good way to get to further-flung parts of Japan... happy flying!

I came to Japan from Manchester, England in 2003, and have travelled a lot since then, around Japan and in Asia. When I'm not working, I write satire and perform stand-up comedy in and around Tokyo. Check YouTube for a taste. 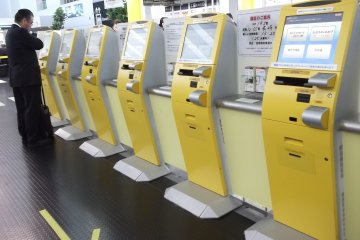 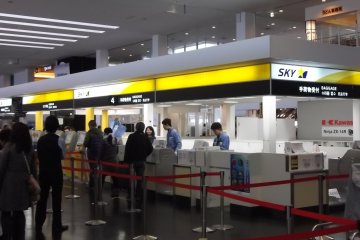 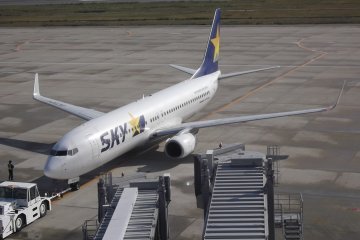 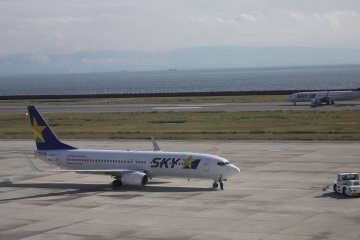 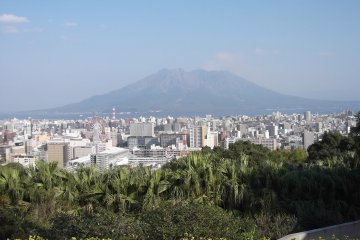 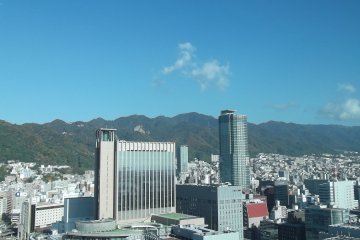 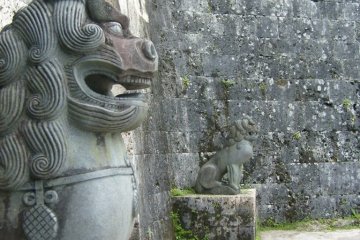