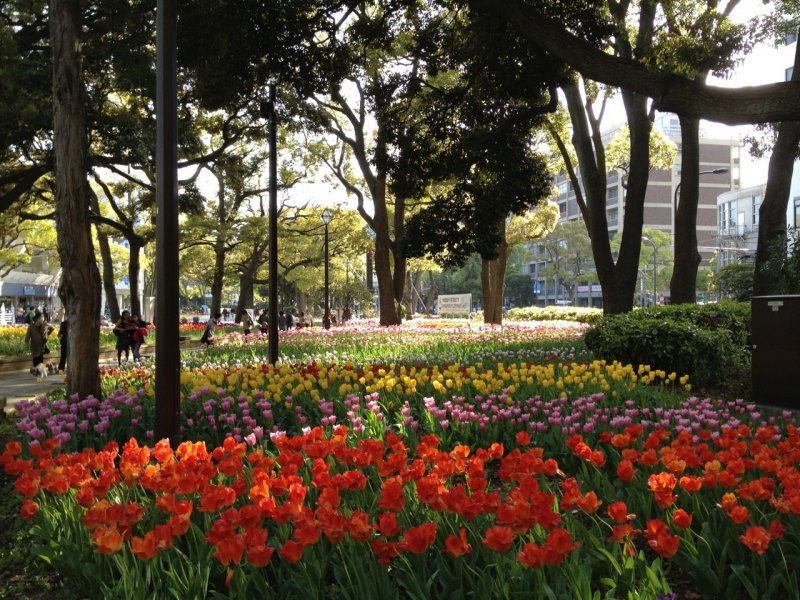 Kanteibyo Temple (関帝廟) is a spiritual landmark in Yokohama’s Chinatown. It shines like a beacon of faith with its vibrant red exterior and intricate detailing. Dragon statues stand above the entrance with poised bodies and open mouths, fiercely guarding the temple. The interior is decorated ornately with gold designs, wordlessly speaking of the temple’s significance. In the center sits a statue of Guan Yu, a famous military general turned deity who is immortalized in the historical Chinese novel, Romance of the Three Kingdoms. Worshippers pray to Guan Yu for business and financial prosperity. History Founded in 1862, Kanteibyo was allegedly created when a Chinese migrant brought a statue of Guan Yu to Japan. The temple started humbly as a small shrine but expanded over the years thanks to donations from devout worshippers.  Kanteibyo’s history was a turbulent one, as it stood witness to numerous calamities. In 1923, the temple was destroyed by an earthquake; years later it was damaged in 1945 during World War II air raids; and in 1986, it burned down due to an unsolved fire incident. After each destructive event, the town united to rebuild the temple, reflecting the residents’ deep sense of community and connection with each other and the temple. Today Kanteibyo has become entrenched in Chinatown’s legacy and is a frequented site by residents and tourists alike for prayer and admiration. The temple is dedicated to seven deities, all of which--except the Jade Emperor who is symbolized by the ceiling--are represented by lavishly adorned statues. These deities include the Jade Emperor, Guan Yu, Di Mu Niang Niang, Zhou Cang, Guan Ping, Guan Yin, and Fu De Zheng Shen. Centered in the temple is Guan Yu’s statue, which is red-faced, long bearded, and cloaked in brightly-colored attire. The most common way of praying involves the use of incense sticks. While fire is prohibited in the main shrine, worshippers can light the incense sticks outside and place them in five burners corresponding to the shrine’s deities. After lighting the incense, practicers enter the main building and pray to the deities in a specific order. Temple assistants can also help people tell their fortunes with the use of divination moon blocks. The temple holds celebratory events throughout the year with the most popular ones being on New Year, Lunar New Year, and Guan Yu’s birthday. These spectacles are filled with traditional Chinese performances such as lion and dragon dances.

The NYK Maritime Museum is a museum in Naka-ku, Yokohama, Kanagawa Prefecture, Japan, dedicated to the maritime history of Japan and of the museum's operator, shipping company Nippon Yūsen Kabushiki Kaisha. It was opened in 1993. [Wikipedia]