Many cities around the world have name signs that serve as both identifiers and tourist attractions. From Hollywood to Amsterdam, and Toronto to Budapest, these signs end up becoming iconic landmarks in and of themselves. Niigata City also has a city sign which is a popular Instagram spot - the What's Niigata sign.

The sign has taken up residence in different spots across the city, including by the Shinano River near the famous Bandai Bridge. The two letter I's in the What's Niigata sign are hollowed out, meaning that you can step inside them for a fun photo opportunity - they're adorned with hearts on the top, so it's extra adorable for the romantics out there. As of March 2020, the sign was moved to the Bandaijima Multipurpose Plaza, further down the banks of the Shinano River.

During the winter illumination season, the What's Niigata sign often gets decorated with lights which are turned on after dark.

The closest station to the current location of the What's Niigata sign is Niigata Station, served by the Joetsu Shinkansen, the Echigo line, the Hakushin line, and the Shinetsu main line. From the station, the sign is around a 20 minute walk or a five minute taxi ride away.

Bus services are also available from the station. Take the Bandai exit from the station, and take the bus bound for Sadokisen. Get off at the Toki Messe stop, and the sign is around a 5 minute walk from there.

For those who are driving, take either the Ban-etsu Expressway's Niigata Chuo Interchange, or the Shichikuyama Interchange from the Niigata Bypass - driving time from both exits is around 20 minutes. Parking is available at the nearby Bandaijima lot - it's free for the first 60 minutes, and charged at 100 yen for every 30 minutes thereafter.

I'm an expat who has lived abroad for almost a decade, including 7 years in Japan. I've also visited 44 of 47 prefectures and hope to get to the last three someday! I'm particularly fond of exploring off the beaten path destinations, gardens, and tea houses, and have a real interest in Japan's gr... 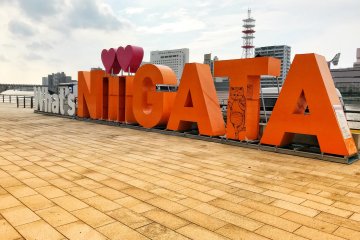 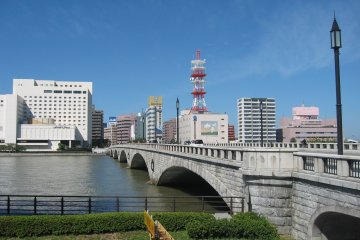 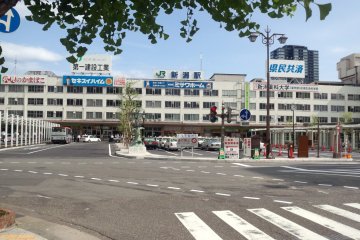